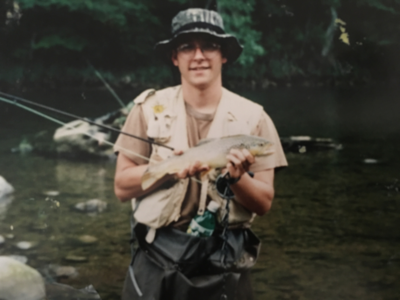 The Day that I Quit Writing

Years ago during my chats with book clubs, I was often asked about the inspiration for my first two novels, The Killing Tree and The Memory Thief. “Did this happen to you?” “Were you oppressed like Mercy?” “Did you run away like Angel?”

I popped off a quick “No,” and the readers seemed relieved, because my characters suffer big storms. But that answer is only partially true. Like most writers, I grow my page count with things I have felt or known. So, while I haven’t walked the same steps as my characters, I have known their fear, joy, insecurities, and triumph. I amplify these emotions and hand them to my characters to carry across pages. If I hadn’t felt Mercy’s longing for something beyond her reach, I couldn’t have written it. If I didn’t know what it’s like to crave security, this couldn’t have been a part of Angel’s story. Many of us feel these things at some point, and they are fundamental tools in my writer’s wheelhouse.

“Writing is easy. All you do is sit down at your typewriter and bleed,” is a quote attributed to literary greats. To me, these words mean that if you want to write about hard things, you have to surrender and feel them. This bleeding, this opening of the emotional vein, is the reason that I quit writing.

Three weeks before The Memory Thief released, I woke to the sickening siren of a 3:30 a.m. phone call. My big brother, my only sibling and the champion of my childhood, had died. The loss was unexpected and bewildering.

If you look at a picture from The Memory Thief launch, everything appears wonderful. The turnout is good, and I’m wearing the peep-toe pumps that I had bought months before in excited anticipation of that night. I flashed a big smile and spoke about how grateful I was for that night and how excited I was to release my new book. I was a liar. I wasn’t excited, I was numb. I wasn’t grateful, I was bitter. Throughout that whole night, one thought kept returning to me. This is my last book. I will never write again.

Explore the awful darkness of my heart? No. Amplify it? Never. A passion for words and story is as much a part of me as breath or bones, but in that sharp newness of grief, it was far easier to disown myself than it was to contemplate the misery inside.

The whirlwind of the book launch faded, but my grief did not. I found myself confronted by an unruly monster that would not stay put, would not retreat to its corner, no matter how many times I ordered it. The loss infected everything, was always present, whether I was making breakfast for my sons or worshipping on Sunday.

Decades before my brother died, I became a Christian. But secretly, I remained confused about how to integrate my faith with my whole life, with my complete self. If you had asked me how Jesus impacted my fears, my dreams, or my art, I would have felt uneasy by the question and discarded it. I wanted something more, but with a spiritual shoulder shrug I resigned myself to less.

Perhaps the real problem was that I was a believer but had never been a seeker. And after my brother’s death, I suddenly needed much more than a let’s-be-cozy-on-the-back-pew God. I needed a Jesus that would help me pour the milk into my boys’ cereal bowls without sobbing. I needed a God to confront the sadness spilling into every tiny pocket of my life.

I became a seeker. It began with a confession. My heart is broken. Jesus you made this heart, and I need you to fix it.

I plunged into scripture, and I prayed even though I had nothing to say. I would kneel by my bed, the sound of giggling boys and Looney Tunes echoing from my living room. It was there, with silent lips and a sad heart that I began to open my whole self to God. It was there that I learned not to fight pain or make it hide in some imagined corner. I rested in my misery. It was safe to do this now, because I no longer had a Sunday morning God. I was finding my in-the-moment-God.

Eventually, story sparks that I believed were extinct began to flicker, and I knew that someday I would write again. After all, I handed my heart to Jesus and asked him to fix it. Wasn’t it a writer’s heart that he was healing?

It's been seven years since the day I quit writing, and it is with a heart full of wonder that I am now releasing my new novel, Pearl Weaver's Epic Apology. This novel is dedicated to the memory of my brother. Most knew him as Matt, but he was always Mattie to me. Pearl is fiction and is not his story. Yet, Mattie was a dedicated river rambler and faithful friend to the underdog, so I think he'd get a kick out of Pearl. Mattie didn't like to be the center of attention and did not want a funeral. Little sister gets the last word though, so I give him this novel instead.